The Many Faces of Lashkar-E-Jhangvi (Army of Jhangvi)

Lashkar-e-Jhangvi (LeJ) is a Punjab-based extremist anti-Shia sect group. This Islamist terrorist group adheres to radical Deobandi sect ideology. The LeJ is considered to be a breakaway faction of its parent sectarian organization  Sipah-e-Sihaba (SeS : Army of the companions). Siphah-e-Sihaba was formed in the aftermath of growing Shia opposition to General Zia's Islamization policies (1980-88). Zia regime's Islamist policies had effected religious beliefs of Shia-Muslims and they strongly protested against his policies. The military dictator's policy of collecting Zakat annoyed Pakistani Shias and they staged a sit-in forcing the military regime to roll back the decision for Shias. General Zia, in an attempt to teach Shias a lesson, used his intelligence apparatus to support anti-Shia Islamist militant groups. Prominent amongst them was Sipah-e-Sahaba (Army of the Companions), the parent party of LeJ. The LeJ was born out of that hostile scenario and used brutal violent force against Pakistani Shias and their leadership.[1]

One could not fully comprehend LeJ without getting to know its parent SeS which came into being much earlier than LeJ. SeS was created by a former Jamiat-e-Ulema Islam (JUI : Party of Islamic Scholars, a Deobandi sect Islamist party with a significant vote bank in Pashtun-dominated areas) Punjab chapter leader Haq Nawaz Jhangvi in 1984. Jhanvi hailed from Jhang district of Punjab province. Jhangvi also contested elections on JUI ticket in 1988 elections against a local politician Abida Hussain.[2]
That particular district was crucial in sectarian terms because of already growing enmities between Shia and Sunni communities. The rifts were more politico-economic and social rather than religious. The Shias were a minority in Jhang district but held prominence in terms of affluence. Most of influential landlords of the district were Shias. Furthermore all key political figures were also Shia and they had a complete dominance over their Sunni serfs. The ground was already ripe for launching an anti-Shia party and Jhangvi capitalized on the situation.[3] With Iran-Iraq War already in progress during 1980s the anti-Shia rhetoric of SeS helped allow Saudi and Iraqi monies funneling in into this conflict.

SeS's growing rhetoric against Shia feudal lords and Shias in general very soon went out of Jhang and enveloped every district of Punjab into its grip. The next stage was violence against Shias, which started to spread over and even swept across whole of Pakistan wherever Shias were living. [4]

Responding to anti-Shia violence that had resulted in hundreds of deaths, Shia-politico-religious party, Tehreek-Nifaz-e-Fiqah Jafria (TNFJ), managed to secure help from Iranian intelligence agencies and launched their own reply to SeS: Sipah-e-Mohammad (SeM). The violent struggle between SeS and TNFJ continued to spread over Pakistan in the years after General Zai's military regime. During twenty years of bloody sectarian violence paved the way for 2 929 terrorist incidents of sectarian nature and deaths of 4 866 people[5].  SeS also lost more than 200 of its workers and leaders including its Amir (chiefs) Haq Nawaz Jhangvi and subsequent Amirs Zia-ur-Rehman, Ehsan-ul-Haq Qasmi and Azam Tariq.

Because of SeS and LeJ's upbeat commitment to violent acts, the civilian government of Nawaz Shariff started to act against SeS and TNFJ. Both were cracked down. TNFJ already had their militant wing, and SeS responded with its own : Lashkar-e-Jhangvi. Even though SeS, for face saving reasons, proclaimed to have no relations with LeJ, but from the beginning it seemed clear to everyone that these two were hand and glove. [6]

Lashkar-e-Jhangvi surfaced on the Pakistani political scene after the death of Sipah-e-Sihaba founder and Amir, Haq Nawaz Jhangvi (LeJ is named after him) in 1990. Key LeJ leaders Riaz Basra, Akram Lahori and Malik Ishaque were all members of SeS. LeJ's ties with Al-Qaeda and Taliban remained no secret during Taliban-ruled Afghanistan. LeJ even threatened right-wing government of PM Nawaz Shariff. Attempts were made on Shariff's life by LeJ activists and in response many of LeJ leaders lost their lives in police encounters during Shariff's tenure, including Riaz Basra. During those rainy days LeJ workers and leaders were given shelter by Afghan Taliban and Al-Qaeda. Many of its leaders fled to Afghanistan where they received training at Al-Qaeda run training camps and also participated against Northern Alliance forces under Bin Laden's special unit of non-Afghans known as Brigade-055.[7] [8]

Because of Taliban's open support to LeJ, the civilian government of Prime Minister Nawaz Shariff developed serious rows with Taliban because of latter's sheltering of LeJ proclaimed offenders in Afghanistan such as Riaz Basra and Malik Ishaq.[9]

LeJ overtures had clearly indicated that it was not just an anti-Shia sectarian organization but much more than that. SeS leaders had occasionally made anti-Indian, anti-western and anti-American speeches. SeS had vowed to turn Pakistan into a pure Islamist and to Talibanize the Pakistani society. It was indeed from Saudi Arabians and other Middle Eastern philanthropist from whom SeS and LeJ received hefty amounts of funding. The reason was long acknowledged anti-Iran and anti-Shia sentiments amongst Saudi ruling elite in particular and amongst many Arab individuals in general.

LeJ remains a Punjabi dominated militant Islamist violent non-state actor in Pakistan. All of its Salar-e-Allas (Chiefs) are from Punjab province. It is highly organized and disciplined, albeit the fact that its membership is very limited according to some sources never exceeded 200-500. Prominent Pakistani scholar Khaled Ahmed describes SeS's decision of making LeJ as, "Most jihad-watchers are, however, agreed that Lashkar remains a blanket term for the sectarian aspects of all the Deobandi-Ahle Hadith formations. As the Sipah-e-Sihaba became more and more inclined to take part in formal politics, its need to separate the function of killing Shias in accordance with the apostatizing mission of the founder of Sipah-e-Sihaba, Haq Nawaz Jhangvi, was recognized." [10]

Figure 1: LeJ and its interconnected groups

As earlier described LeJ is more than a sectarian organization. It's long standing links with Al-Qaeda and Taliban; and a readily available corps of highly trained terrorists have made it extremely formidable to confront. In the aftermath of Pakistan's U-turn, LeJ was the first one to get involved in launching terrorist attacks against western targets at Diplomatic Enclave Church in Islamabad in 2001 and then suicide attack on the bus of French engineers in Karachi in 2002. Daniel Pearl, the Wall Street Journal's reporter was another victim (the operation was a joint venture of LeJ and JeM).[11] Traditional Muslim Barelvi sect's procession in Karachi (2005) became its next victim where an Improvised Explosive Device (IED) attack wiped out the whole leadership of Barevli sect religio-politico parties.[12] More than 88 people lost their lives in a LeJ suicide attack at Marriott Hotel Islamabad in September 2008 (aka Pakistan's 9/11). The incidents of Shia killings have been numerous since LeJ's launch. [13]

LeJ's links with Al-Qaeda predates its links with the Taliban. According to Khaled Ahmed, "LJ was close to Ramzi Yusuf, the man who used to carry out sectarian killings before he attacked the Trade Center in 1993, and to Khalid Sheikj Mohammad, his uncle, who planned the final assault on it in 2001." [14]

International Crisis Group points out the closing of LJ and Al-Qaeda in the backdrop of GWOT, according to it: "The interdependence between Punjab-bases militant jihadi organizations and al-Qaeda deepened in 2001-2, when many militants fleeing international forces in Afghanistan relied on radical Sunni extremist networks to relocate to parts of Punjab. Today, the LJ is the lynchpin of the alignment between al-Qaeda, the Pakistani Taliban and sectarian groups…..having established bases and training camps in Afghanistan in the late 1990s, the SSP and LJ trained alongside al-Qaeda, and assisted Taliban against both the Northern Alliance and Afghanistan's Shia community. Following their return of Pakistan after the US-led intervention in 2001, the SSP and LJ established contacts with regional jihadi groups like Jaish-e-Mohammad and LeT." [15]

The same report further said that,"The LJ has become the key player in the nexus between al-Qaeda, Taliban and sectarian groups because of its ability to exploit its network of mosques and madresshas in just about every district in Pakistan, in all major terrorist attacks in Pakistan there is irrefutable evidence that the LJ and SSP were used." [16]

Besides its focal role of launching attacks against targets in all major districts of Pakistan, LeJ has become an active member of Brigade 313, an alliance of Punjabi jihadist groups now based in tribal areas, fighting alongside Pakistani-Pashtun Taliban groups.

LeJ's ties with Al-Qaeda developed during Taliban reign in Afghanistan. The puritanical Taliban regime found in fanatical LeJ a natural ally. Mullah Omar provided shelter to LeJ's proclaimed offenders. Role of Al-Qaeda and Bin Laden in convincing Taliban for providing safe havens to LeJ could not be ruled out. It was at Al-Qaeda camps that hundreds of LeJ activists received training during the same time period. LeJ reciprocated by offering their services to Al-Qaeda in the aftermath of 9/11 attacks. LeJ has become a frontline AQ-linked violent non-state actor and targeted the US and western interests in Pakistan since 2001. Eleven French engineers lost their lives in a LeJ suicide attack in May 2002 attack at Sheraton Hotel Karachi.[17]  LeJ remains involved in targeting US, western, Shia, and Sufi sect interests and leaders. According to START's Global Terrorism Database, LeJ has perpetrated 34 terrorist attacks in support of Al-Qaeda in Pakistan[18]. The current face of LeJ is its many splinters and cells involved in terrorist activities all across Pakistan. It is difficult to say whether these cells coordinate their activities in planning and execution of terrorist attacks but ideologically speaking they are part of the same league. In a way the tactic of parting ways with each other and working in their respective zone is allowing LeJ and its splinters to stay on in jihadi business. 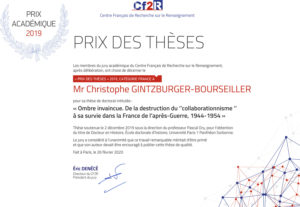