The Educated Terroriste : A Profile of Saad Aziz

Much has been written on highly qualified, westernized, and affluent Islamist terrorists. Al-Qaeda's former Emir Osama Bin Laden, current Emir Ayman al-Zawahiri, slain leader of Al-Qaeda in the Arabian Peninsula (AQAP) Anwar al-Awlaki, slain veteran jihadi Ahmad Khdar, incarcerated jihadi Ramzi Yousaf, and 9/11 mastermind and former chief of Al-Qaeda's military committee Khalid Shaikh Mohammad, may be categorized as some of those remained part of Al-Qaeda network were by no means poor or uneducated. Despite having scores of examples general public tendencies remain the same: considering terrorism as a result of poverty, unemployment, injustice, ‘Jewish or Israeli conspiracy' or an American/Western plot against Muslims and the Islamic world[1].

The recent surfacing of Al-Qaeda-linked and ISIS-inspired cell of highly qualified individuals in Karachi, the financial capital of Pakistan, provides researchers an opportunity to break preconceived notions about terrorism, and myths about terrorists in general and Islamist terrorists in particular.

The Al-Qaeda-linked cell of Karachi has been in business for at least last five years and during that period a wide range of targets were hit, including attacks on police patrols, paramilitary Rangers, assassination of social and secular activists – like Sabeen Mehmood (for speaking in favor of celebrating Valentine's Day) -, target killing workers of secular and overtly anti-Taliban political parties – like Muttahida Quami Movement (MQM) -, suicide attack on Brigadier Basit of Sindh Rangers in Karachi, target killing of three members of Bohra community, bomb attacks on police patrolling parties in different areas of Karachi, target killings of police personnel in at least five different locations in Karachi[2], firing and critically wounding American Professor Dr Debra Lobo in Karachi, magnetic bomb attack and killing Naval Officer in Karachi and killings of Ismaili Shias.

The cell reached its zenith when the members planned and targeted a bus full of members of Ismali-Shia community in Karachi, killing 54. Finally the police investigators were able to successfully investigate and apprehend the cell. Though a detailed study of group members may be more revealing as majority of them were highly educated, affluent and hailed from secular families but the most important among them was Saad Aziz.

The cell was an interesting combination of individuals from various different socio-economic strata of society. The cell leader, (Emir) Tahir Minhas, hailed from Bahawalpur district, a rural district of Punjab province, and was a high class drop out. Saad Aziz, his second-in-command, was highly educated with upper-class-urban family background. Contrary to Minhas's upbringing, Aziz was born and raised in Karachi to an educated Punjabi family long settled in Karachi. His father, himself a business graduate, had worked for Unilever, an American multinational corporation, as executive director in Karachi.

Saad Aziz did his O-levels from Beacon House School, a reputed and expensive private school owned by former Foreign Minister of Pakistan, Khursheed Mehmood Kasuri. Later, he left Beacon House to do A-levels from Lyceum School, another very expensive private school in Karachi. Aziz qualified the highly competitive entry examination of country's number one business school i.e. Institute of Business Administration (IBA)[3] and enrolled in Bachelor of Business Administration (BBA), which he successfully completed in 2011[4] [5].

Interestingly, Aziz, once a very normal, fun-loving kid, started to radicalize at the IBA. His exposure to Islamism and radical ideas associated with it began at IBA. Earlier, Aziz was fond of football, had a girlfriend and friends from same socio-economic status, and performed well in studies during first two years of business school. His radicalization began when he joined Iqra Society, a religious reading and discussion group at IBA. The society was formed by members of Jamaat-e-Islami, the Islamist twin of Egyptian Muslim Brotherhood in Pakistan. From then onwards, he gradually disconnected himself from all of his previous friends and only maintained contacts with his religious friends. The Islamist members of Iqra Society exposed Aziz to the writings of ultra-radical Islamist ideologue Sayyid Qutb. He once asked his friend "Have you read Milestones by Sayyid Qutb? It has changed my life[6]." Some of his friends even believe that he received training at some jihadi camps as he was out of contact for some months. One of his friends remarked "he went somewhere for a few months. Someone said he had gone for jihad training.[7]"

His school days' friends from some of the most prestigious schools of Karachi Beacon House and Lyceum Schools describe him more of a ‘loner'. One of his friends and class fellows Shehzad Ghais at Lyceum school from 2005-7 wrote at a blog, "Saad never had a group. He could be seen floating from one group of friends to another, never really seeming like he belonged to any one in particular. He tried his luck on the ‘dabo' board, spent a few weeks on the foosball table and even attempted to join the drama gang, but he remained on the periphery (…) The extremists may able to offer him something that our schooling system was unable to: a group of people where we felt valued, where we have purpose[8]."

How Aziz was recruited into the group after his radicalization at IBA is not known. Aziz had a central position in the cell. He was from an affluent family, owned a restaurant, well educated, and knew people at high positions because of his family connections. He was instrumental in bank-rolling the cell because of his small but highly profitable restaurant The Cactus, located at a high-income residential area of Karachi. Interestingly Aziz was more interested in planning and targeting of westerners and westernized Pakistani. Targeting of Debra Lobo, a US professor who was teaching at Jinnah Dental College in Karachi, and then assassination of Sabeen Mehmood displayed his annoyance with them. Mehmood was a social worker and head of her own non-governmental organization the Second Floor (aka T2F) was targeted because Aziz thought she was promoting celebration of Valentine's Day in Pakistan and opposed to radical Islamist cleric Abdul Aziz of Red Mosque, Islamabad.

Aziz planned and executed the terrorist attack on Debra Lobo and shot her in head and arm while riding the on the motorbike in Karachi in April 2015 and critically wounding her[9].  Sabeen, the pro-Valentine Day social worker, was not that lucky[10]. She was shot five times personally by Aziz ensuring her death while was on her way back home from a social gathering[11]. Recording his statement before the magistrate Aziz stated, "We shot her for holding a Valentine's Day rally (…) My friend was riding the motorcycle but I was sitting at the back and I shot her (…) When she sat in the car after her Balochistan seminar, I followed her and when her car stopped at Sunset Boulevard signal I shot her (…). We followed her for days and gathered information on her before killing her.[12]"

It appears that Saad Aziz is a unique terrorist. He is educated, social, from a sound background, and running a successful business. Actually his apparent ‘uniqueness' is not really so unique. Plenty of examples could be quoted of such type of personalities. As one of his childhood friend remarked that he has always been a ‘loner' and was in search of company. Group dynamics and feeling of being part of something may have its effects on a person in search of shaping his/her life in an ideological perspective. The Islamist militants filled the gap and violent Islamist ideology provided him the means to satisfy his ego.

A similar example could be of Omar Saeed Shaikh the mastermind of kidnapping and beheading of Daniel Pearl The Wall Street Journal correspondent in Pakistan in 2002. Shaikh was a British citizen of Pakistani descent and joined Harkat ul Mujahedeen (Kashmiri Islamist group) in late 1990s and was later arrested in India on charges of kidnaping and murdering western tourists. He was released in exchange for the passengers of hijacked Air India Flight (IC-814) in 1999. Another example would be of Hammad Adil, brother of a police officer in Islamabad[13]. Adil was running the Al-Qaeda-linked cell in Islamabad and involved in terrorist attacks ranging from suicide bombing of Danish Embassy in 2008, attacks on NATO supply trucks in Islamabad and Rawalpindi, assassination of Federal Minister of Minority Affairs Shahbaz Bhatti in 2011[14], and bombing an Italian restaurant in Islamabad in known for its western customers in March 2008[15]. Internationally known terrorist such as Che Guevara, Carlos Marghela, Bin Laden, al-Zawahiri, and Anwar al-Awalaki were all highly educated individuals who opted for terrorism as a rational and tactical decision, and a matter of personal choice.

With his personality traits Aziz seemed to be a classic terrorist. He was ideologically motivated and dedicated to his cell members. He exhibited traits of a classic terrorist ; same traits displayed by members of Red Army Faction in Germany, November 17 Organization in Greece, Communist Combatant Cell in Belgium, Action Directe in France, and Montoneros of Argentina. All were highly educated, ideological and dedicated to their cause. 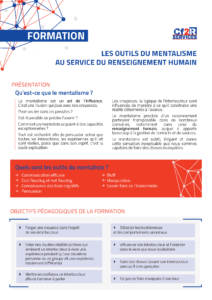